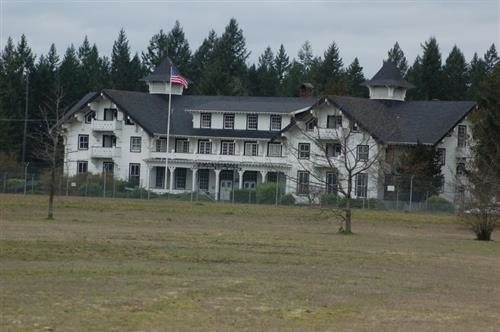 The Fort Lewis Military museum is known for a whole host of paranormal activity, but perhaps its most famous ghost is the silent film cowboy. According to legend, during a 1927 filming of the film "Patent Leather Kid," an actor was murdered on the second floor. At this time the museum was a hotel, named Red Shield Inn. Guests to the hotel often recounted stories of a disgruntled apparition who would appear in a cowboy costume. Eventually an exorcism was performed in order to expel the ghost. The cowboy ghost no longer makes appearances but it is believed that other specters haunt the museum.

Disclaimer: Washington Haunted Houses does not endorse or support trespassing to visit real haunts. Before you visit ANY local real haunt, make sure to acquire the appropriate permits and/or permissions, and be respectful of privately owned properties. Countless Haunt Hunters have been arrested, ticketed, and reprimanded by the authorities for trespassing. To avoid this, be sure to get in touch with the property owners before visiting a haunt, and respect their hours of operation, local regulations, and rules for visiting at all times. Happy haunting!
All information on this page was submitted to Washington Haunted Houses and was believed to be accurate at the time it was posted. Please report any inaccuracies here.